RESPECT STARTS WITH ME 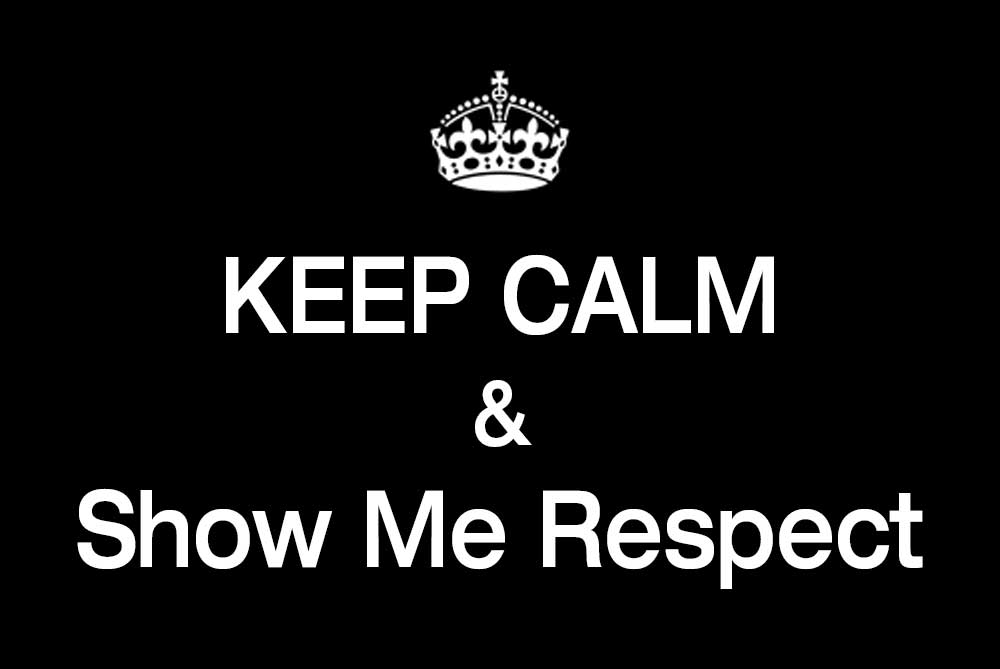 The most common complaint I hear from people on a daily basis is that they don’t get enough respect. This is especially common among people who are in a leadership position! Either they are not taken seriously, or they aren’t being shown the attentiveness they deserve.

What most people don’t realize is that respect starts with the person who influences them the most: themselves. Your level of self-respect is the key to other people’s perception of you. After all, why treat someone with respect if they are not willing to treat themselves the same way?

Here are 3 steps to improve the respect you hold for yourself, and in turn, command respect from others.

1. Don’t beat yourself up. I can’t tell you how many times a day I hear people degrade themselves because they made a mistake. Calling yourself stupid or labeling yourself a failure shows that you have no respect for yourself. As soon as you vocalize those thoughts, they become a reality. Many times people say “It’s just a motivator to make myself do better next time!” No, it’s not. All degrading yourself does is make you come away from a hard situation with low self-esteem. Everyone makes mistakes, and the sooner you stop abusing yourself every time you do, the more it shows that you respect yourself.

2. Keep track of your accomplishments. Every night, write down the things you achieved that day. Two things will happen. One, you will see the list grow as you become more motivated to accomplish great things. Two, you will be able to go to bed feeling great about what you have done that day. It sounds so simple, but when was the last time you gave yourself credit for what you do? When you keep track of what you achieve, others will do the same.

Focus on applying these three steps in your everyday life. As soon as you begin to show Self-Respect, your capability as a leader will skyrocket.